Yellow Jacket wasps are easily distinguishable by their yellow and black coloring. Measuring in length from 12mm to about 16mm, the Yellow Jacket is a common sight throughout all of North America. These flyers are commonly found along the edges of forests and can make their hives nearer the ground than in trees like other wasps might do.

Adult Yellow Jackets will feed off of nectar while other adults pre-chew insects for consumption by the larva. A pregnant female will begin next construction in the spring, bringing about the first generation of Yellow Jacket for the year. Females from this brood will become hive workers and tend to the other young presented later. By the fall - or when cold weather begins to make its appearance - the males of the next will die off leaving only other mated females to continue generations the following year.

Yellow Jackets, particularly the females, are extremely aggressive and will sting repeatedly so avoidance is the best policy! Though avoidance is not always possible, do not swing at the Yellow Jacket as they can be easily provoked to attack.

An Eastern (V. maculifrons) and Western (V. pennsylvanica) species of Yellow Jacket exist with few variations in the yellow and black coloring. 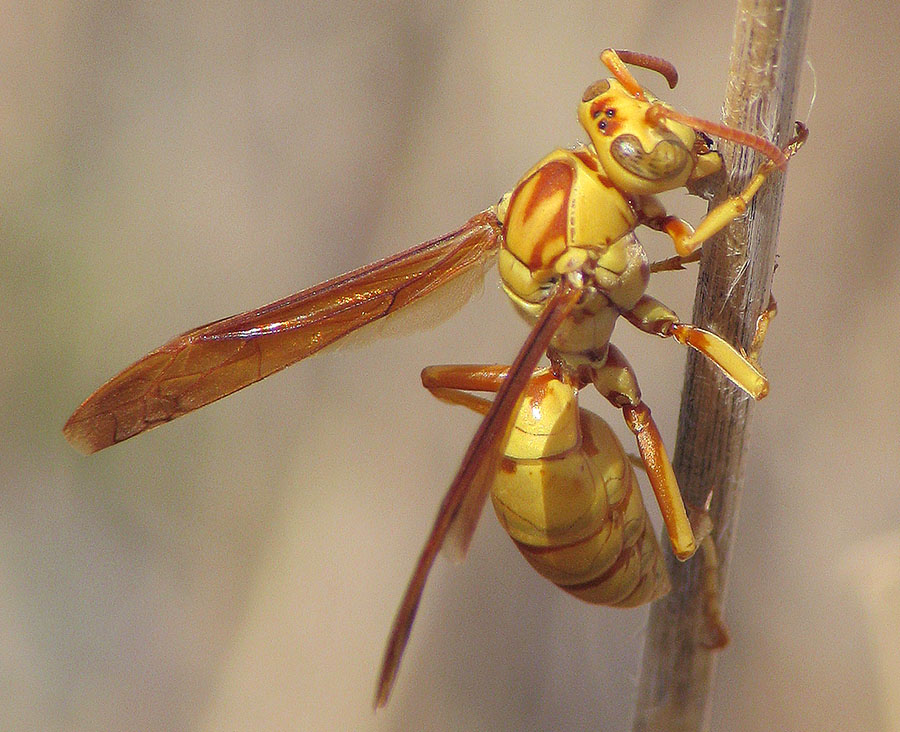